Bisphenol A Effects in Pregnancy 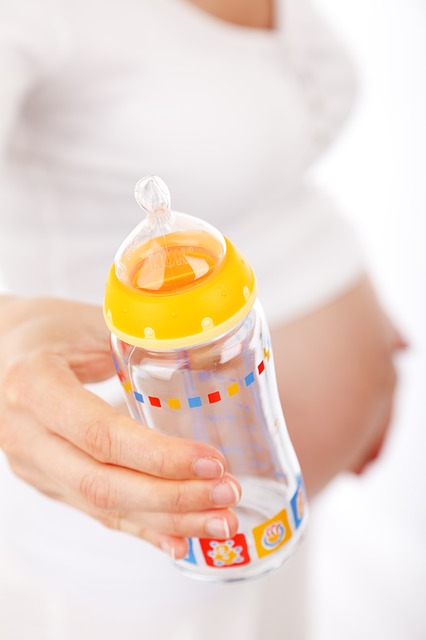 Bisphenol A (BPA) is a chemical commonly found in mass-produced plastics. Recently, there is rising concern over whether or not BPA found in plastic may lead to untoward effects. Due to the prevalence of plastic in our daily lives, this issue is of major impact. As of right now, no one can say for sure. The National Toxicology Program has been studying the health effects of BPA extensively since 2008. So far they have concluded that there is “some concern” of developmental toxicity (brain, behavioral, and prostate gland) in fetuses, infants, and children. Also in regards to effects on mammary glands and early maturation in females, they report “minimal concern.” The good news is that they report there is “negligible concern” over pregnant women exposed to BPA having fetal mortality, birth defects, low birth weight and growth; this means that according to their rating scale, there is almost no risk of occurrence of severe anomalies occurring during pregnancy. However, developmental toxicity is still cause for concern.

It has already been seen that BPA can cross into the human placenta. One study concludes that BPA transfers across the placenta with levels normally found in our environment. Also, they discovered it is usually the active unconjugated form that crosses over to concentrate in the placenta. Thus, the fetus is exposed to the harmful effects of BPA with no means of hepatic clearance due to immaturity. (1) Another study confirms BPA transfer to human placenta, and notes that BPA concentrates five-times higher in the amniotic fluid than serum during 15-18 weeks of gestation-a critical period of development for the fetus. (2) Furthermore, an additional study has discovered an association between BPA and Estrogen-related receptor gamma (ERRgamma); it seems BPA binds with high affinity to ERRgamma, and keeps the receptor in an active conformation, leading to its endocrine disrupting effect. This study also found that there is a large amount of ERRgamma located in the placenta, which explains the relatively high concentration of BPA in the placenta when compared to serum levels. (3)

While we are certain that BPA crosses into the human placenta, the effects at this point are still uncertain. There is some preliminary data available, and much is conflicting due to various sources of funding or agenda. One study found that exposure to BPA for 24 hours caused dose-dependent cell death of cytotrophoblasts. The doses analyzed were similar to physiological levels commonly found in pregnant women (low doses are capable of these effects). These finding may explain developmental problems associated with BPA exposure, since cytotrophoblast proliferation and differentiation is essential in supplying the placenta with vital nutrients. Besides apoptosis, necrosis and membrane damage of cytotrophoblasts due to BPA-induced kinase release further complicate the issue. Again, these effects are seen with low levels of BPA and so the potential impact is widespread. This study was done in vitro but provides a glimpse of the effects of BPA in vivo. (4)

While lower doses of BPA seem to cause developmental problems, higher doses have also been linked to adverse events. One study has found an association between women with high serum BPA levels and recurrent miscarriage. This is certainly not a causal relationship, but alarming nonetheless. (5)

A recent widely known study has found that low environmentally-relevant levels of BPA seems to suppress adiponectin levels, which is a key adipokine that helps to protect against metabolic syndrome. By suppressing adiponectin, BPA exposure is linked to increased risk in humans for acquiring metabolic syndrome and the complications that are associated with it. (6)

Animal studies have revealed consist results that state low dose exposure to BPA prenatally leads to increased risk of prostate cancer in male offspring. (7,8) For female offspring, some animal studies have revealed a correlation between prenatal BPA exposure and mammary gland alterations; changes in structure and gene expression are noted that may increase susceptibility to cancer and early onset of puberty. (9,10) Also, some evidence of an association between metabolic syndrome and BPA exposure has been reported in other studies. However this link has been definitively disproven by another study. (11) Low birth-weight is consistently found in many studies when the fetus is exposed to BPA in utero; low maternal weight is also common. (12) Last of all, BPA exposure seems to modify sex-related behavior as well. In one study, the control group had significant sex differences as opposed to the BPA-exposed group where there was decreased or no difference in behavior between sexes; alteration of maternal behavior is also noted. (13) While these findings are repeatedly found in animal studies, it is important to remember that these results have not been proven in humans. Also, many of these animal studies only observed the effects of intake of BPA with little regard to accumulation of BPA that occurs in adipose tissue and its effects on serum levels. Further well-controlled studies in humans are required before these effects can be confirmed.

What is confirmed is that BPA leaches from plastic container and bottles into our food and water; heating of containers, holding acidic or basic or fatty foods, and degradation caused by cleaning and storage all contribute to leaching of BPA. Canned foods also have high BPA content and have been shown to be correlated with high BPA urine levels. Avoidance of all these factors will aid in minimizing BPA exposure and the corresponding effects. (14)

To avoid excess exposure to BPA for lactating mothers, we recommend usage of BPA-free plastics for baby bottles and pacifiers in light of current evidence. Even with this precaution taken, various studies have already found that BPA is secreted into breast milk and colostrum in significant concentrations (1-7ng/ml); the mean value was 3.41 ng/ml in colostrum. (15) One study with 23 lactating women reported a mean value of BPA secreted into human milk is 0.61 ng/ml. (16) Other previous studies report human milk concentrations of BPA as 1.3 ng/ml and 1.9 ng/ml; this is within range of the study with 23 lactating women (0.2-5.0 ng/ml). From the collected data, it can be seen that there is considerable secretion of BPA into the breast milk with higher concentrations in the colostrum (milk secreted in the first few days of breastfeeding). These levels are still well below the current recommended limits set by the Environmental Protection Agency (EPA), so there is no immediate need for action. (15,16) However, these levels are obtained mainly based upon animal studies; the effects of lower doses of BPA exposure on humans are uncertain.

As of right now, it is better to minimize exposure; the less BPA you are exposed to, the less your child will be exposed to. Remember it is always important to keep breastfeeding; the benefits outweigh the risks. 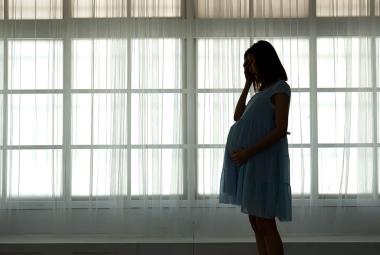 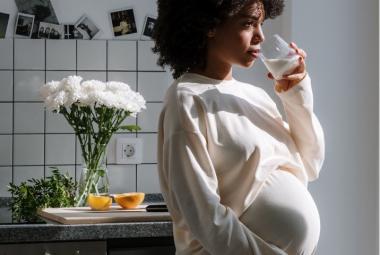 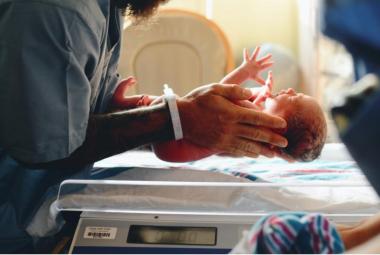