Breastfeeding May Protect Infants Against Cancers 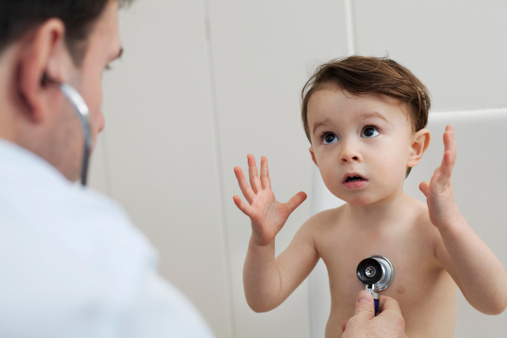 Cancer is the leading cause of death among U.S children between infancy and 15 years of age. Approximately 11,210 new cases of pediatric cancer were diagnosed in children 0–14 years of age in 2011.

A recent study has suggested important role of breastfeeding in the prevention of certain childhood cancers, such as lymphoblastic leukemia, Hodgkin's disease, neuroblastoma and certain central nervous system cancers.[1] In this study, the researchers found high levels of cancer-fighting TNF-related apoptosis inducing ligand (TRAIL) in human milk, which may be one of the sources of breast milk's anti-cancer activity.

The study was carried out at the nursery of the Institute for Maternal and Child Health “Burlo Garofolo” in Trieste, Italy. Mothers with no eclampsia, infection, or fever were included, who delivered healthy newborns at term with a 5-minute Apgar score ≥ 7 and with no major congenital malformations. Women were asked to sign an informed consent form. With the help of a nurse, women expressed 1 mL of colostrum by hand or/and by electric pump, at 24-48 hours after delivery. In case of a longer stay in the hospital because of cesarean section (CS), 1 mL of breast milk was also collected at 72-120 hours after delivery. They recorded data on maternal preeclampsia and autoimmune diseases (before and during the last pregnancy), maternal age at delivery, parity, type of birth, time of rupture of the membranes, birth weight gestational age of the baby and Apgar score. Human serum samples (n = 40) were obtained from the blood bank of the University Hospital of Ferrara from healthy women. All biological samples and 7 types of liquid infant formulas from 5 different brands were aliquoted, stored at -80°C, and thawed only once before the assay (ELISA). The colostrum, mature breast milk, healthy serum samples and formula were tested to measure their level of TRAIL.

Previously another study has suggested presence of HAMLET (human a-lactalbumin made lethal to tumor cells) in human breast milk, which has been proved effective against certain cancers.[2]