Breastfeeding and Otitis media In Infants 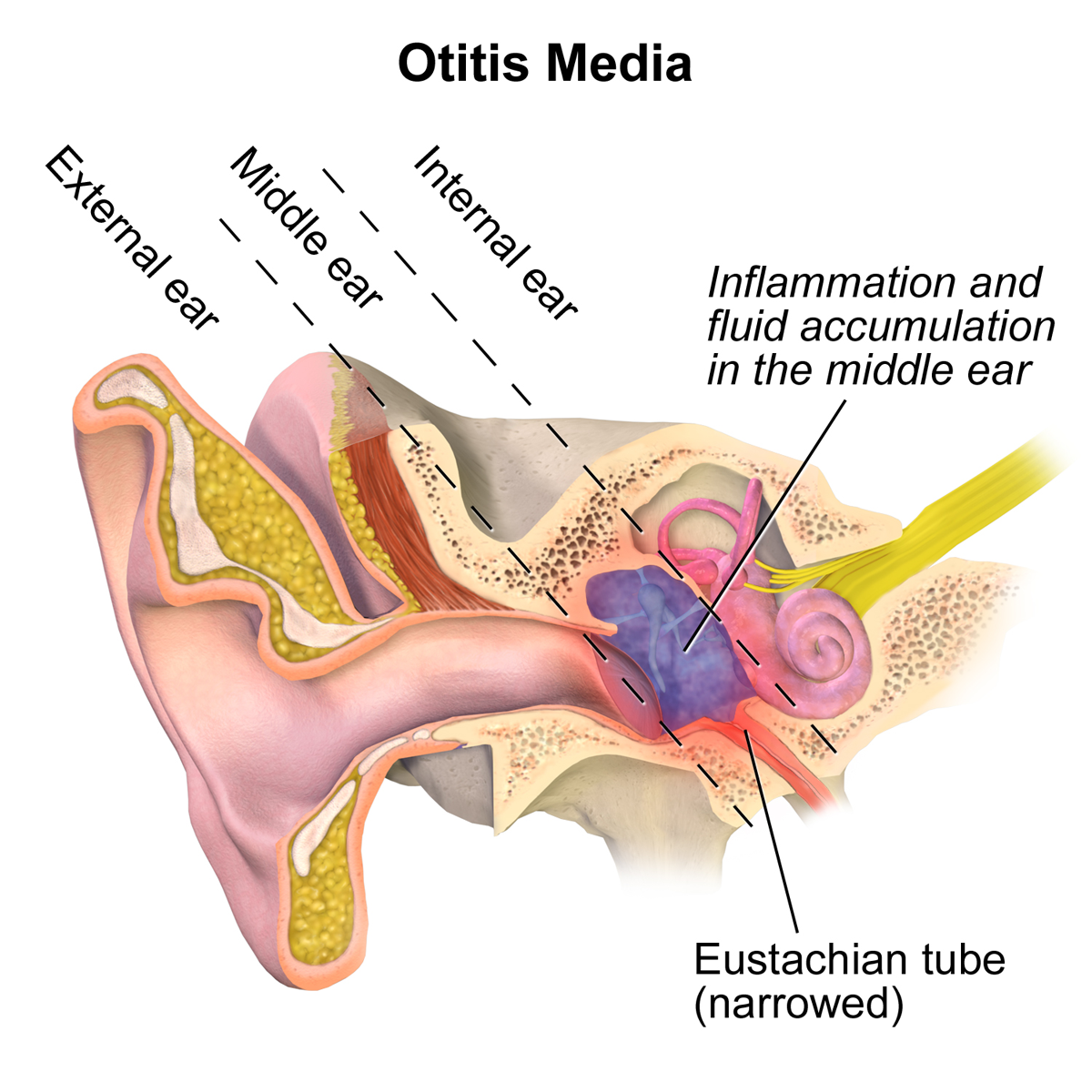 Otitis media is an infection of the middle ear space, behind the eardrum (tympanic membrane). It is characterized by pain, dizziness, and partial loss of hearing. The prevalence of early-onset otitis media (OM) and repeated OM continues to increase among preschool children in the United States.[1]

A recent review and meta-analysis was conducted to identify the studies that analyzed the association between breastfeeding history and otitis media in children.[2] It has suggested that breastfeeding may reduce the risk of otitis media in infants. In this study, the recent studies of 2010 and 2011 and meta-analysis of 2009 were reviewed. It suggested that infants and young children who had never initiated breastfeeding, as well as those who received some supplementary or replacement feeding in the first 6 months, were at increased risk of OM. A dose–response relationship was observed between intensity of formula use and OM risk, with exclusively breastfed infants in the lowest risk category and exclusively formula-fed infants in the highest risk category.

According to pooled OR calculations, infants who received any formula during the first 6 months exhibited twice the odds of developing OM as compared to infants who were exclusively breastfed (95%CI, 1.40–2.78).[3][4] Differences were also observed between partially and non-breastfed children, those who received no breast milk experienced 1.3 times the odds of developing otitis media as those who were ever breastfed[3]. The number of episodes of OM was also correlated with breastfeeding history, those infants who were never-breastfed were at highest risk of experiencing three or more episodes of OM in infancy.[3]

The possible reasons by which breastfeeding reduces risk of otitis media may include that:

Thus, recent epidemiologic evidence suggests that introduction of infant formula in the first 6 months of life is associated with an increased risk of otitis media when compared with 6 months of exclusive breastfeeding. However, there are several limitations in this study, due to the inability to randomly assign individuals to feeding groups, these studies are observational and may suffer from residual confounding. The interpretation of these results is complicated by variable and imprecise definitions of breastfeeding and by differences in the age groups studied. Therefore, more research is needed to confirm the association of breastfeeding and the occurrence of otitis media.